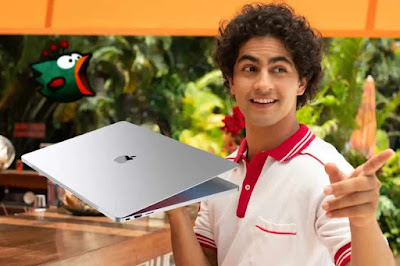 A series of rumors have emerged about apple's October conference, and the company appears to be announcing a range of new products and systems in it.

The ads talk about a conference on Mac computers, so Apple has postponed the launch of Monterey so far.

These ads remain rumors so far, as Apple has not officially confirmed the existence of the conference or new ads there.

AirPods Pro is Apple's latest wireless headset, released several years ago.
A lot of rumors and leaks have emerged about new wireless headphones from Apple using AirPods Pro technologies and a new design.
These headphones are part of the usual AirPods instead of Pro, so they are expected to be slightly lower in price.

There are also a lot of rumors about a redesigned version of the new Mac Mini computers, presumably using Apple's new professional processor.
There is not much information or rumours about these computers, so we may not see them at this event.
The new design is expected to be close to the new iMac computers in the new youth colours.

Apple is also expected to launch a series of updates to existing systems, iOS 15.1 and iPadOS 15.1, so that it can bring some features that have been postponed.
Apple is expected to officially launch Monterey for Mac-supported computers after its launch date is postponed.
A range of Apple services that work well with phones are being updated, with Apple launching a new visual business package for apple TV Plus.
This is in addition to updates to the Apple Fitness Plus app and new games in apple arcade's premium service.