Apple releases iOS 15.0.2 with some Find My fixes 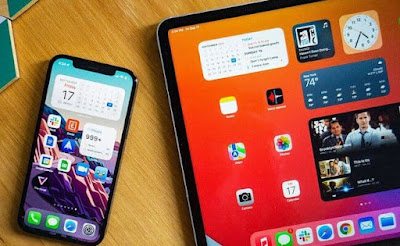 iOS 15.0.2 was launched a week and a half after iOS 15.0.1, an update to fix errors. The iOS 15.0.2 update can be downloaded for free. The software is available to all eligible devices via the antenna update in the Settings app.

According to Apple release notes, the update fixes a problem that could cause photos saved in Photo Library to disappear from Messages after deleting the message or related topic.

iOS 15.0.2 also fixes a problem that may cause the iPhone leather wallet not to connect to MagSafe to Find My, and a malfunction that may cause AirTag not to appear on the Find My Items tab.

A fix to a CarPlay bug may cause CarPlay to fail to open audio apps, and a problem that may cause device recovery failure or updates via iPhone 13 models when using Finder or iTunes.

This update includes the following bug fixes for your iPhone:

The company has also released iPadOS 15.0.2 for iPad models with message bug fixes, AirTag error and a bug that may cause device recovery or update via the iPad Mini 6 to fail when using Finder or iTunes.
The update support page indicates that iOS 15.0.2 and iPadOS 15.0.2 address a loophole that may allow an application to implement random code with kernel privileges.
The company states that it is aware of a report that the problem has been actively exploited. So all users should make sure they get the update as quickly as possible.