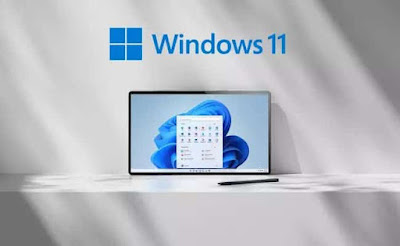 Microsoft has launched Windows 11 operating system worldwide as a free update for Windows 10 users. Panos Panay, chief product officer of Windows, said the latest version is designed to be clean, new and simpler for the user.

Panay promised that the new operating system would not be a complete departure from what people knew. Even the least technically intelligent users can upgrade easily, he said.

He said expert users had tested it extensively through the Windows Insider demo and was confident there were no problems, adding that the upgrade was now ready.

The system contains some important design changes, as well as some modifications to how it works. The Start menu is located by default in the middle of the screen, along with the icons in the taskbar.

When you click on it, the Start button opens a list of apps that are frequently used. In some respects, their appearance mimics the list of smartphone apps. Microsoft abandoned the boxes that were in the Windows 10 start list.

Panay said the team learned from Windows 8, which got rid of the entire start list, disturbing many users. The development of the system interface ensures that people use computers

When Windows 10 appeared, Microsoft announced it was the last version of the system. But this has clearly changed. "We're at a time when there's some kind of new era for the PC right now," Panay said.

The design across the operating system focuses on round corners, simplifying most menu and folder views. There are new and improved options for arranging windows and integrating them into networks.

Mini-tools, a major selling point for Vista 2007, also return. But instead of floating across the screen, it's located in a sidebar on the left, and is also linked to Microsoft services.
There are some deeper changes of interface and design. System integrations with Microsoft Times and Xbox are very much reflected in the company's ads.
Microsoft's store — windows version of the app store — has been completely redesigned and allows external applications to sell inside, without taking a large share.
A new feature is that Windows 11 operates Android apps for smartphones through the Amazon App Store.
Early users reported that the search function included in the new version was significantly faster across most devices. But microsoft's own services are preferred when delivering web results.
For players, the company promises that the new Direct Storage technology leads to better download times in games by allowing the graphics card to access the storage disk without going through the central processor. But this feature, like some other features, needs newer devices to work.
As a result, not every computer will see all the potential benefits of upgrading, and some devices may not be able to upgrade. Minimum requirements include a type of security chip called TPM installed across modern devices.
"If your device doesn't meet these requirements, you may not be able to install Windows 11 and you might want to consider buying a new computer," the company says.
But users who use Windows 10 do not need to switch if the computer is still working. Windows 10 support and security updates will continue until October 2025.